From Mr. 305 to Mr. Worldwide, Armando Christian Perez, aka Pitbull, rose from the streets of Miami to exemplify the American Dream and achieve international success. His relentless work ethic transformed him into a Grammy®-winning global superstar and business entrepreneur.

Along the way, he’s been the subject of specials for CNBC, CNN, CBS, NBC, ABC and more, in addition to appearances on Empire, Shark Tank and Dancing with the Stars. His music has appeared in Men In Black III and The Penguins of Madagascar, and he even had a starring voiceover role in the animated 3D movie Epic.

In addition to the United States, his sold-out world concert tours have taken him to North and South America, Europe and the Far East. He has also completed headlining tours in China and Japan.

Landing # 1 hits in over 15 countries, 10 billion YouTube/VEVO views, 70 million single sales and 6 million album sales, Pitbull does not stop. His social networking channels include 57 million likes on Facebook (@Pitbull), 24 million followers on Twitter (@Pitbull) and 6 million followers on Instagram (@Pitbull), plus more than 9 million subscribers on YouTube (PitbullVEVO and PitbullMusic). On Shazam, Pitbull has introduced over 60 million followers to emerging DJs, club tracks and new sounds from around the world. Pitbull joined Flipagram as the first-ever Artist of the Month and within days had 340,000 views and 78,000 followers, now at 740,000 followers.

Pitbull continues his ascent in the era of streaming music. On Pandora, for example, his all-time metrics include 3.34 billion streams, 14.5 million stations created and 11.2 million active listeners per month, with “Give Me Everything” his most streamed song at 368 million.

The Miami native-born to Cuban-American expatriates lives by the motto “turn a negative into a positive,” and this mindset has instilled in him a tenacity that fuels his drive for success. Breaking barriers is in his blood. His grandmother was one of the first women who fled to the Sierra Maestra mountain range in Cuba, escaping the tyranny of Fidel Castro. His mother arrived in the United States as part of the historic “Operation Peter Pan,” and his father even picked up 547 people during the Mariel boatlift. His aunt became a Cuban political prisoner. Pitbull remains immersed in a culture of challenging the status quo and continues to defy the odds and emerge victoriously.

Upon graduating high school, he turned all of his attention to music with a series of underground mixtapes. Merging hip-hop with Cuban swing, pop flavors, and a Caribbean bounce, Pitbull flaunts a style that’s indisputably his own. Releasing his full-length debut, M.I.A.M.I in 2004, followed by the success of 2006’s El Mariel and 2007’s The Boatlift. In tribute to his father, he delivered his first Spanish-language album, Armando, in 2010. He ground it out on the road and touched down everywhere from the Far East and South America to Europe and all across the U.S.

The hustle yielded 2011’s Planet Pit, which debuted at #7 on the Billboard Top 200 and spawned one of the “best-selling singles of all-time”—“Give Me Everything” [feat. Ne-Yo, Afrojack, & Nayer]. The anthem would be his first to top Billboard’s Hot 100 and go RIAA quintuple-platinum, moving over 8 million units globally. Pitbull solidified himself as a superstar entertainer, selling out arenas and stadiums all around the world.

His 2013 Meltdown EP gave the world “Timber” [featuring Ke$ha], #1 on Billboard’s Hot 100 for three weeks straight, six-times platinum, and accumulated global sales surpassing 8 million dollars as the “sixth best-selling song of the year.” 2014’s Globalization boasted hit “Fireball” [featuring John Ryan] and the platinum “Time of Our Lives” [featuring Ne-Yo]. Always remembering where he comes from, his second Spanish-language album, Dale [pronounced Dah-Le and named after his signature phrase], buoyed some of his biggest international songs, including the gold-certified, “Piensas” and “El Taxi” and the platinum “Como Yo Le Doy,” VEVO-certified for views over 100 million.

Pitbull hosted the American Music Awards two years in a row – 2013 and 2014. He received the honor of co-writing the 2014 FIFA World Cup official song and delivered a show-stopping performance alongside Jennifer Lopez and Claudia Leitte in São Paulo, Brazil, seen worldwide during the opening ceremony.

Following his first Las Vegas residency, “Time of Our Lives” at The AXIS at Planet Hollywood Resort & Casino, the casino beckoned him to return for a second run in 2016. Madame Tussauds Orlando gave him his own wax figure, and Miami awarded him a key to the city. Most recently, he received a star in Celia Cruz Plaza on the Hollywood Walk of Fame.

Whether it’s his Voli 305 Vodka or fragrance line “Pitbull,” his influence has catapulted. Norwegian Cruise Line handpicked him as Godfather to Norwegian Escape, one of the most innovative cruise ships ever built and the video shoot location for Pitbull’s Climate Change track “Freedom.” He holds equity in Miami Grill and Photo & Go, a technology platform for the creation and delivery of custom photo décor and products.  2017 will mark his third annual New Year’s Eve from Bayfront Park in Miami. Globalization, his 24/7 commercial-free channel on Sirius XM (Ch.4), has become one of the platform’s fastest-growing channels following its 2015 launch.

Initially inspired to pursue his music dream by one of his high school teachers, Pitbull also understands the impact that education can make in one’s life. To spread that message and encourage quality education for children from all walks of life, he serves as an ambassador for SLAM!, Sports Leadership and Management charter schools. Launched in the Little Havana section of Miami where he spent some of his youth, the SLAM! the model has now expanded to Las Vegas and West Palm Beach, Florida.

On “Freedom,” he sums everything up:

Went from a poor kid to a well-known all-around-the-globe world-class citizen, man I paid all my dues and earned my stripes took all the wrong in my life and I made it right.

That’s the dream, and Pitbull’s showing everybody it’s possible.

Back to all events 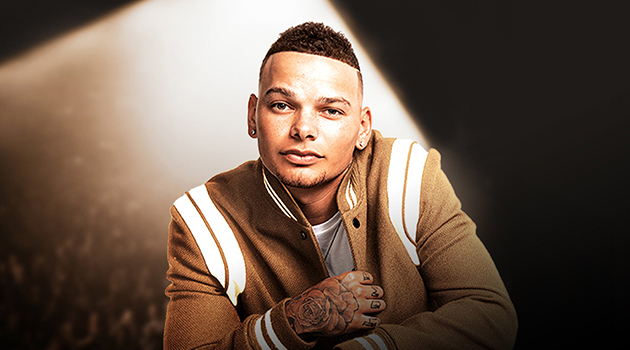 Laughlin Event Center - The Concert to begin about 8:00 PM
Room & Concert Packages Include: Hotel accommodations for two nights and include all taxes and fees!
Two tickets to the concert - Packages start at just $348.00 for two.
Complimentary Round-Trip Transportation will be provided to and from Don Laughlin's Riverside Resort Hotel & Casino
Please call Reservations to book your Room & Concert Package: 1.800.227.3849